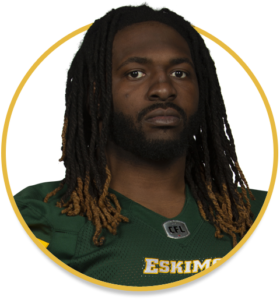 2019: Bond has appeared in 14 games, starting 11, at left and right guard and has one special teams tackle.

2016: (Winnipeg)) Bond appeared in 12 games at guard and was named a West Division and CFL All-Star.

Pro: Bond was selected by the Minnesota Vikings in the seventh round (214th overall) of the 2013 NFL draft. He was released by the Vikings during final cuts, but subsequently was signed to the practice roster. He also spent time with the Carolina Panthers and St. Louis Rams.