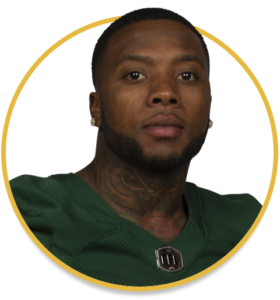 2020: Spent the season as a member of the XFL’s Tampa Bay Vipers.

2018: (Winnipeg) Priester was a member of the Blue Bombers practice roster.

College: Priester attended Wyoming from 2014 to 2017 where he appeared in 36 games. He recorded 139 total tackles, one quarterback sack, one interception, three forced fumbles and fumble recoveries.