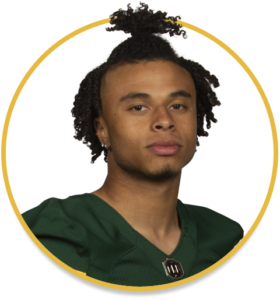 Acquired: Acquired in a trade with the Winnipeg Blue Bombers on Jan. 23, 2020 in exchange for the rights to a player from the Club’s negotiation list.

2019: (Winnipeg) Was a member of the Club’s practice roster.
Robinson appeared in one game for the Eskimos.

2018: Robinson appeared in nine games and recorded seven carries for 23 yards and five receptions for 77 yards and one touchdown. He also recorded 26 punt returns for 209 yards, 38 kickoff returns for 539 yards, and two missed field goal returns for 58 yards.