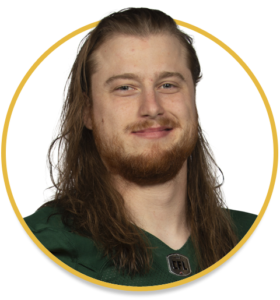 2019: In 18 games (14 starts), Hoover finished with 53 defensive tackles, one special teams tackle, one quarterback sack, two interceptions which he returned 35 yards and two fumble recoveries. He recorded his first career interception in Week 7 against the Toronto Argonauts and returned it 29 yards. In the East Semi-Final, Hoover recorded a team-high seven defensive tackles and in the East Final, he recorded three tackles.

College: Hoover spent four seasons at the University of Waterloo and lead the CIS in interceptions during the 2015 season with five. Hoover turned heads at the Ontario Region Combine where he ran a 4.03-second shuttle – fourth fastest for a DB.