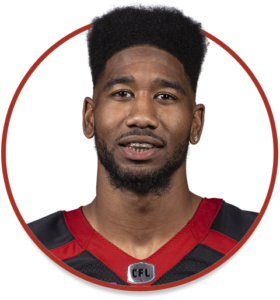 2019: Played in three games and recorded nine tackles. Rose returned his only interception for a touchdown in week 1 against the Calgary Stampeders.

2018: Played in 17 games recording 45 tackles, a career high five interceptions and four forced fumbles. Rose scored his first career touchdown in week two of the season, returning an interception for a touchdown against the Saskatchewan Roughriders. Named an East Division all-star for the second time.

2016: Rose played in 16 games recording 59 total tackles, one sack, one interception, and one forced fumble. He also recorded 6 tackles in the 104th Grey Cup win over the Calgary Stampeders. Named an East Division all-star.

College: Played in 32 games from 2013-15 with the Cornhuskers, starting five games as a senior and making 42 tackles (30 solo) and one interception … As a junior in 2013, had eight special teams tackles … Transferred to Nebraska after playing for the Auburn Tigers in 2011, where he played in nine games … Led Leeds High School to a state championship in 2010.