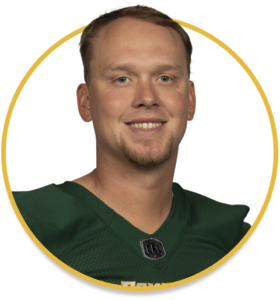 2019: Briscoe appeared in nine games and threw his first professional pass in Week 17 against the Tiger-Cats. He finished 0-2.

College: The two-time Walter Payton Award winner (2016, 2017) attended University of Alabama at Birmingham in 2014 where he appeared in six games completing 17-47 passes for 361 yards and three touchdowns and four interceptions.

In 2016, Briscoe set an FCS record when he threw 57 touchdown passes on his way to being named an AP All-American and the first Sam Houston player to win the Walter Payton Award as the most outstanding offensive player in the Division 1 Football Championship Subdivision. Briscoe is only the second player to ever win the prestigious collegiate award two times.