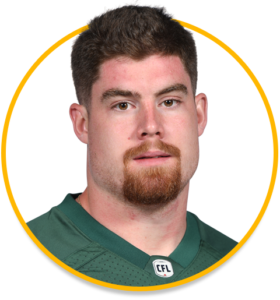 2017: (Ottawa) Ceresna entered the CFL this past season with Ottawa where he appeared in 14 games and recorded 18 tackles and two quarterback sacks.