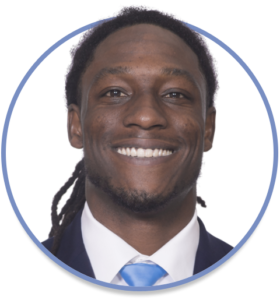 2018: Played 11 games, for Edmonton. Finished with 51 catches for 875 yards and eight touchdowns. Caught a 101-yard TD pass in Week One against Winnipeg. Had two games of over 100 receiving yards. Scored two TDs versus Hamilton on August 23rd. Suffered season-ending knee injury in the Labour Day Classic against Calgary. Named a West Division All-Star for the third time.

2017: Played eight games. Began the season with the Tampa Bay Buccaneers before returning to play against Calgary on September 9th. Finished with 48 catches for 634 yards and a pair of TDs. Recorded two 100-yard games. Playoffs: Had six catches for 51 yards at Winnipeg in the West Semi-Final, then six catches for 112 yards plus a touchdown at Calgary in the West Final.

2016: Played 18 games. Set career highs with 109 catches for 1,589 yards and ten touchdowns. Recorded seven games with over 100 receiving yards. Named CFL West and CFL All-Star, each for the second time. Playoffs: Had three catches for 40 yards in East Semi-Final at Hamilton. Caught six passes for 96 yards in East Final at Ottawa.

2014: Signed by the Tennessee Titans as an undrafted free agent. Waived on August 25th.