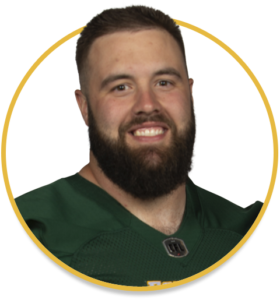 2019: In 18 games (18 starts), Beard started at centre. Beard was named the Eskimos Most Outstanding Offensive Lineman. Beard dressed for the East Semi-Final and Final.

2018: In 18 games (17 starts), Beard has lined at both guard spots and centre, he also has two total tackles and one fumble recovery.

2017: Beard appeared in all 18 games (seven starts) for the Green and Gold as well as the West Semi-Final and West Final.