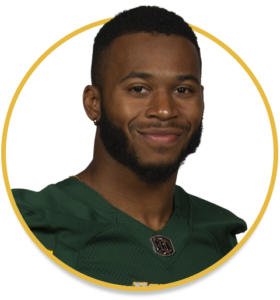 2018: Walker finished the season on the Club’s practice roster.

2017: (Winnipeg) Walker appeared in 15 games for the Blue Bombers where he recorded 41 defensive tackles, three special teams tackles, one interception and one forced fumble. In the West Semi-Final, he recorded three tackles.

College: Walker attended UNC from 2013 to 2015 where he appeared in 28 games. He recorded 71 total tackles, four interceptions – returned one for a touchdown, 16 pass break-ups and one forced fumble. He transferred to Fayetteville State for the 2016 season where he appeared in nine games. He recorded 25 total tackles, nine pass break-ups, two interceptions and also returned 11 kickoffs for 373 yards and two touchdowns – including a 99-yard touchdown.