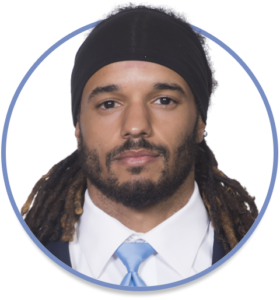 2015: (Montreal) Originally selected in the fourth round (36th overall) in the CFL Draft. Charette appeared in all 18 games recording 24 receptions for 208 yards. He also registered three special teams tackles.

College: Charette appeared in 34 games in four seasons for Guelph recording 109 receptions for 1,296 yards and nine touchdowns. He led the team with 909 all-purpose yards as a junior and as a senior caught 49 passes with six touchdowns. Played in the 2014 U Sports East-West Bowl.