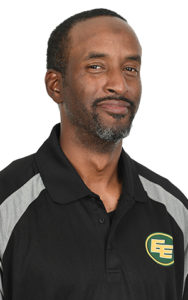 After sustaining a career-ending injury in 2008, Tucker announced his retirement and joined the Eskimos coaching staff where he coaches the wide receivers from 2009 to 2010. From 2012 to 2014, Tucker coached the Saskatchewan Roughriders wide receivers before going to the NFL’s Tennessee Titans to become their assistant wide receivers coach from 2015 to 2016. He would return to the CFL in 2018 to become the wide receiver coach for the Montreal Alouettes for one season.