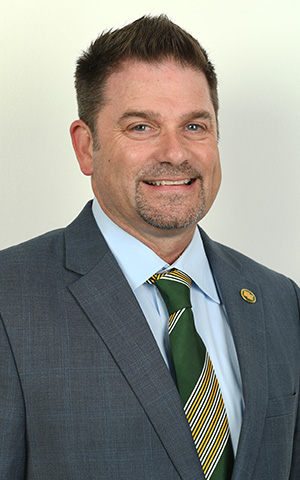 Presson joins the Green and Gold after spending the past five years as president of the Arizona Rattlers in the Indoor Football League. At the same time, he served as president of the Northern Arizona Suns – the development team for the NBA’s Phoenix Suns, launched by Presson in 2016.

The native of Catoosa, Oklahoma led the Rattlers to three consecutive Franchise of the Year awards in 2017 through 2019.

Presson has almost 30 years of experience in sports management, including football, basketball hockey and baseball. He was a part of four championship teams in three sports as an executive:

With community service as a core value, Presson served as a board member for the Grand Canyon University Colangelo College of Business (Sports Advisory Board), the Boys and Girls Club, Big Brothers & Big Sisters, Ronald McDonald House and the YMCA.