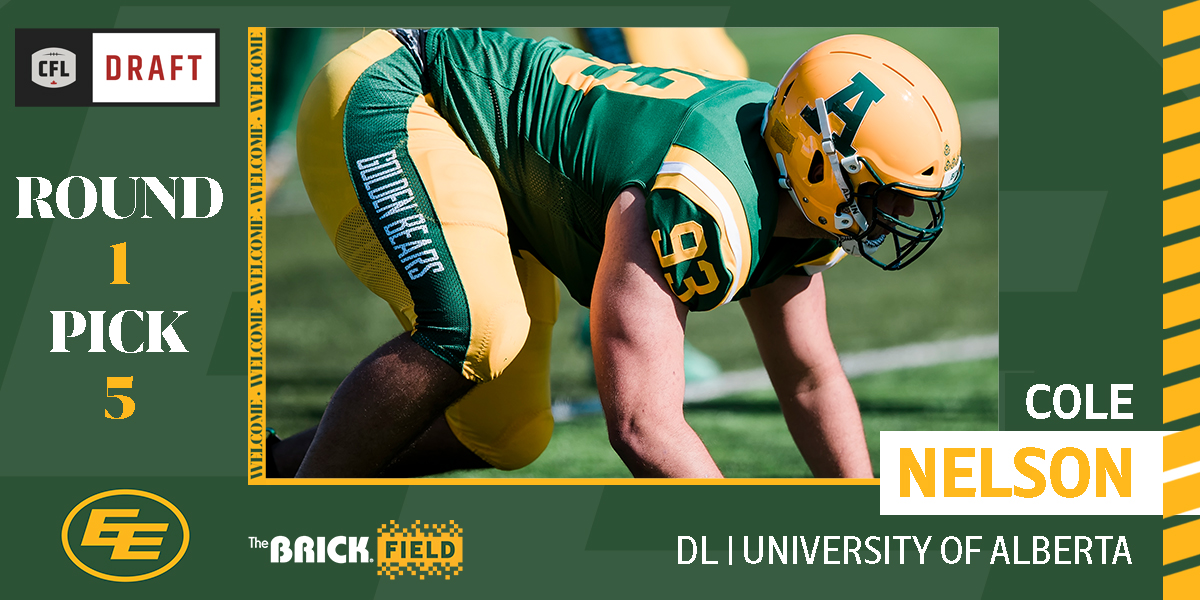 Nelson stays in Edmonton and in the Green and Gold after being selected fifth overall in the 2021 CFL Draft. The 24-year-old put up big numbers at the CFL combine, with 25 reps on the bench press and a 4.95 second 40-yard dash while weighing in at 312 lbs. Nelson did not play in 2020 due to the U-Sports season being cancelled as a result of the pandemic.

The defensive lineman played in six games for The University of Alberta in 2019, recording eight tackles. In 2018, Nelson played in five games accumulating 8.5 tackles and one sack for the Golden Bears. 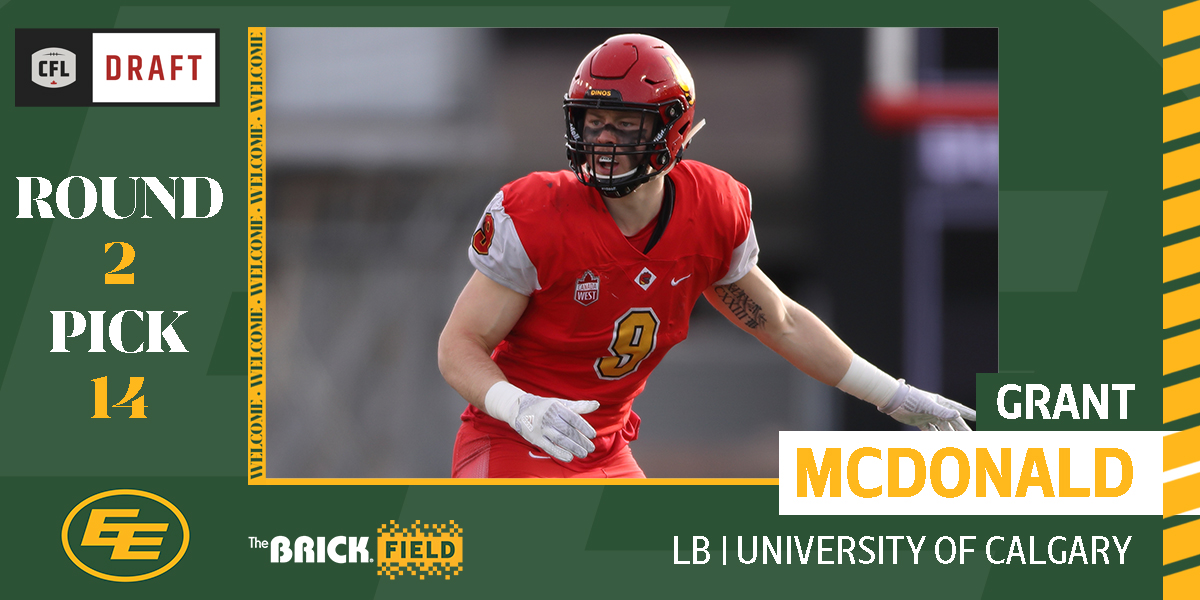 McDonald is a 6-3 linebacker originally from Tsawwassen, British Columbia. In his U-Sports career, he suited up for 14 games over the 2018 and 2019 season with the University of Calgary. McDonald has recorded 83 total tackles, 4.5 sacks, 12 tackles for loss, one interception, and one forced fumble while with the Dinos.

Prior to his time with the Dinos, McDonald was listed as a tight-end for the University of Maine where he recorded seven total tackles while featuring primarily on special teams. 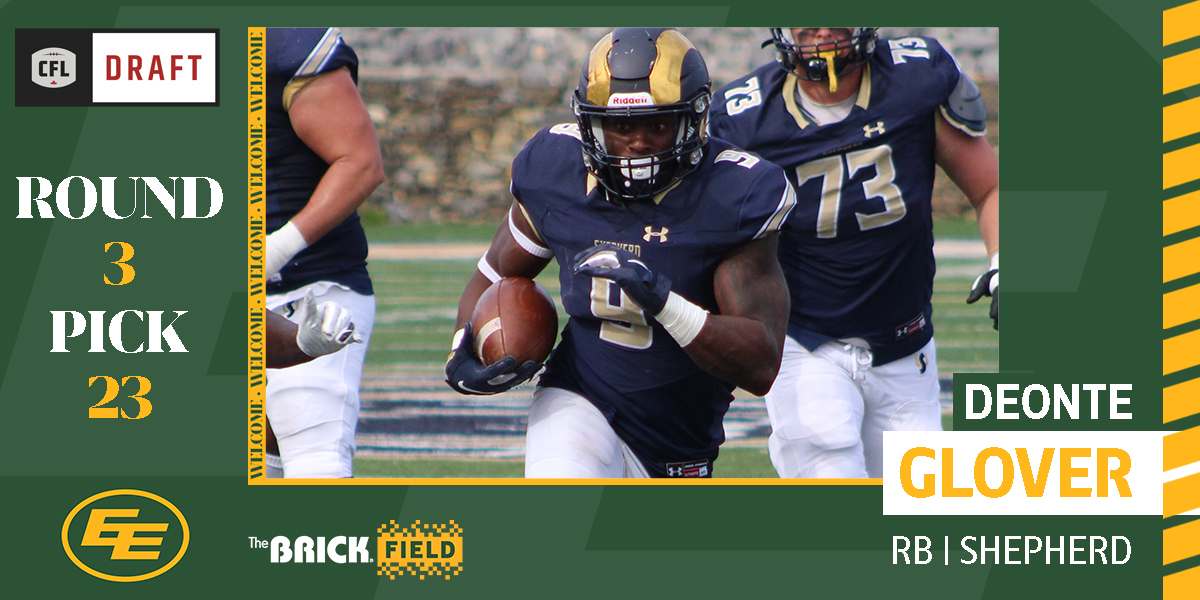 Glover played the 2018 and 2019 for Shepherd University where the running back recorded 2,124 yards and 28 touchdowns on the ground for the Rams. He was a dual threat, adding 50 receptions for 508 yards and six touchdowns in his 35 career games. His accolades include first team All-PSAC East honours and second team D2CAA All-Super Region One honours. 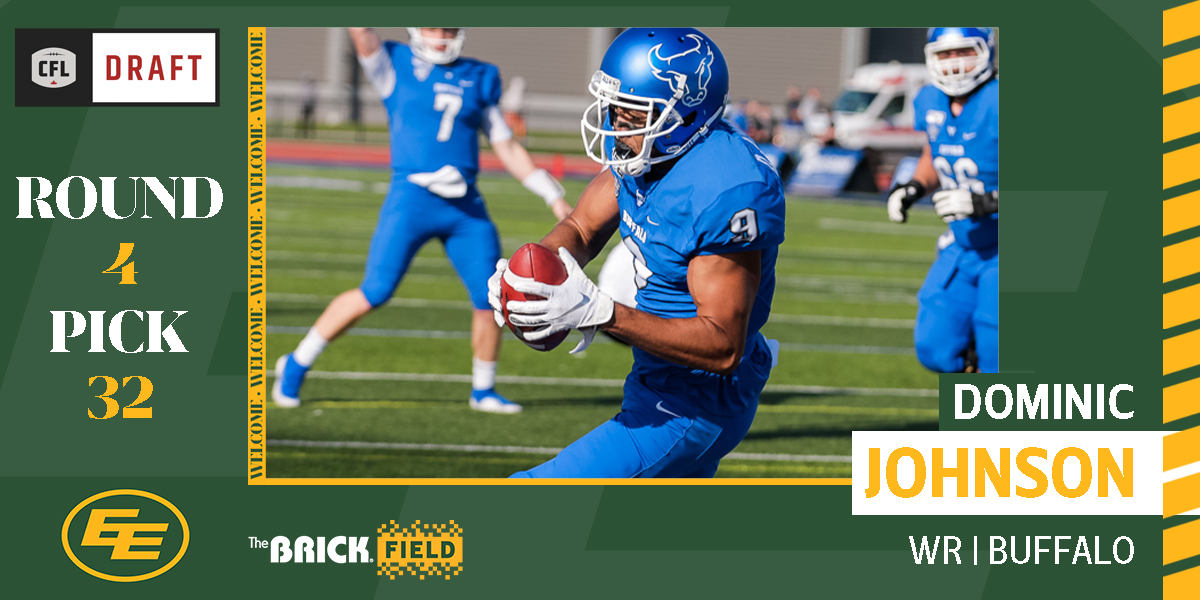 Johnson is from Windsor, Ontario and joined the Bulls originally as a quarterback in 2016. In 2019, he made the transition to wide receiver where he recorded six receptions for 46 yards and a touchdown. In his Senior and final college season, Johnson recorded five catches for 43 yards. 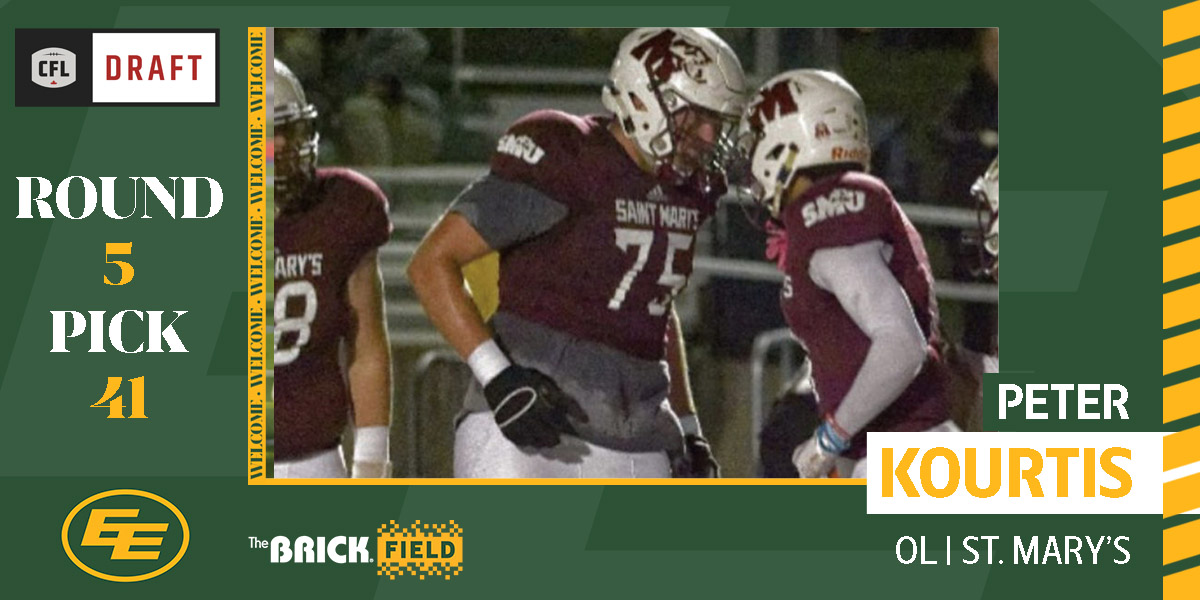 Kourtis is a 6-6 offensive lineman originally from Toronto, Ontario. He appeared in 24 games for the Huskies during his U-Sports career, recording four tackles. 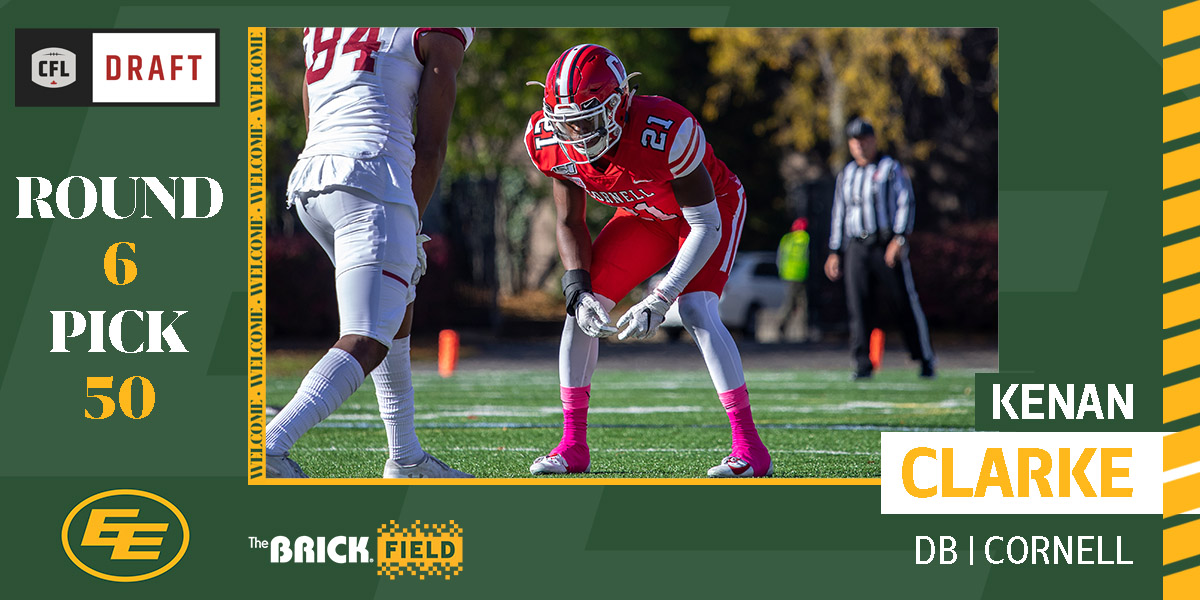 Clarke is a 5-11 defensive back hailing from Pickering, Ontario. In his two seasons with the Big Red, he appeared in nine games recording 15 total tackles, one interception, and two passes defended.