The EE Football Team announces made the following selections in the 2021 CFL Global Draft: 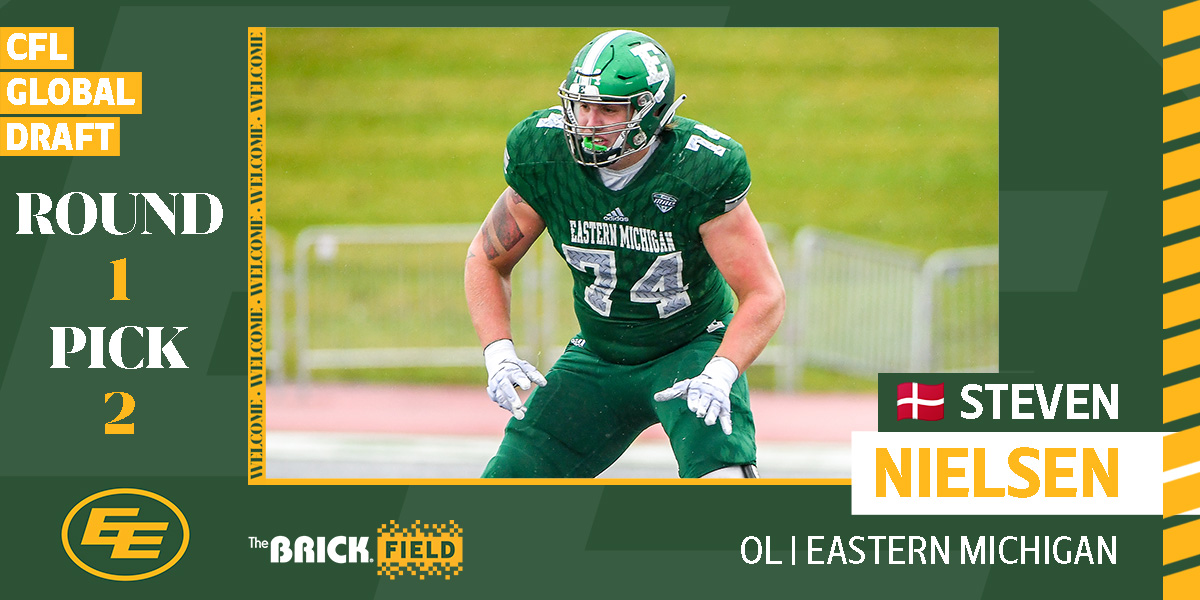 Nielsen is originally from Dragoer, Denmark but has played his University Football for Eastern Michigan. The 6-foot-8 offensive lineman has started 49 games for the Eagles between 2016-and 2019, playing both tackle and guard. 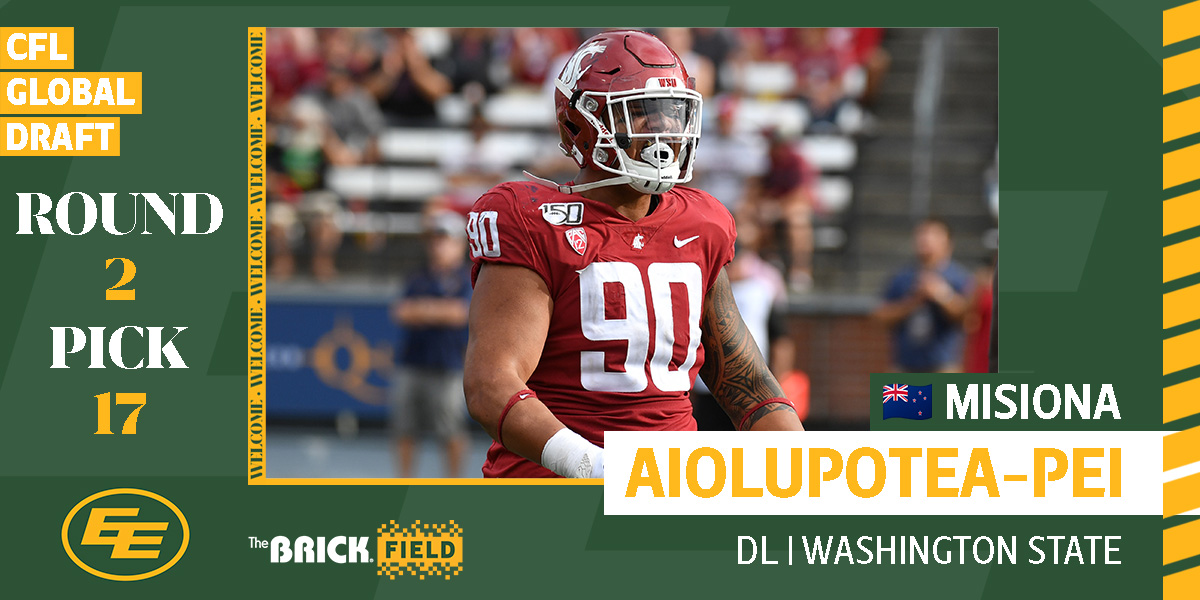 Aiolupotea-pei was born in New Zealand and moved to the United States in 2016. In 2019, he appeared in 13 games for the Cougars accumulating 22 tackles and 1.5 sacks. In 2018, Aiolupotea-Pei appeared in 12 games, recording seven tackles and 2.5 sacks. 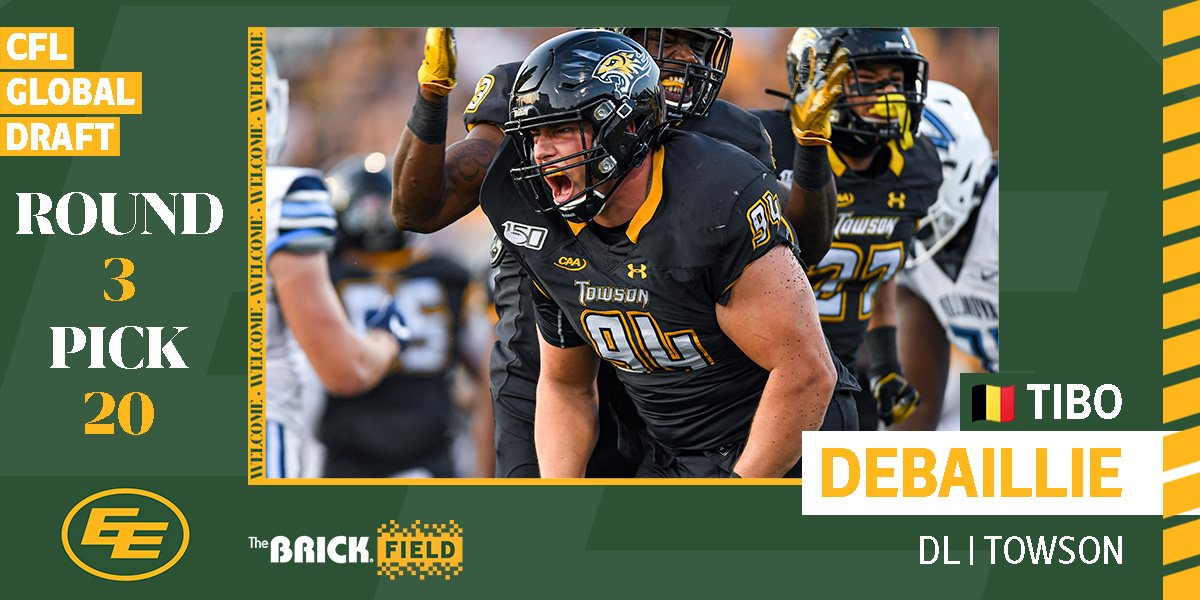 Debaillie was born in Gistel, Belgium but played his College football at Towson University. From 2018-2019, he appeared in 11 games for the Tigers and recorded 22 total tackles and a half sack. Debaille impressed at the Global combine, putting up 31 bench press reps. 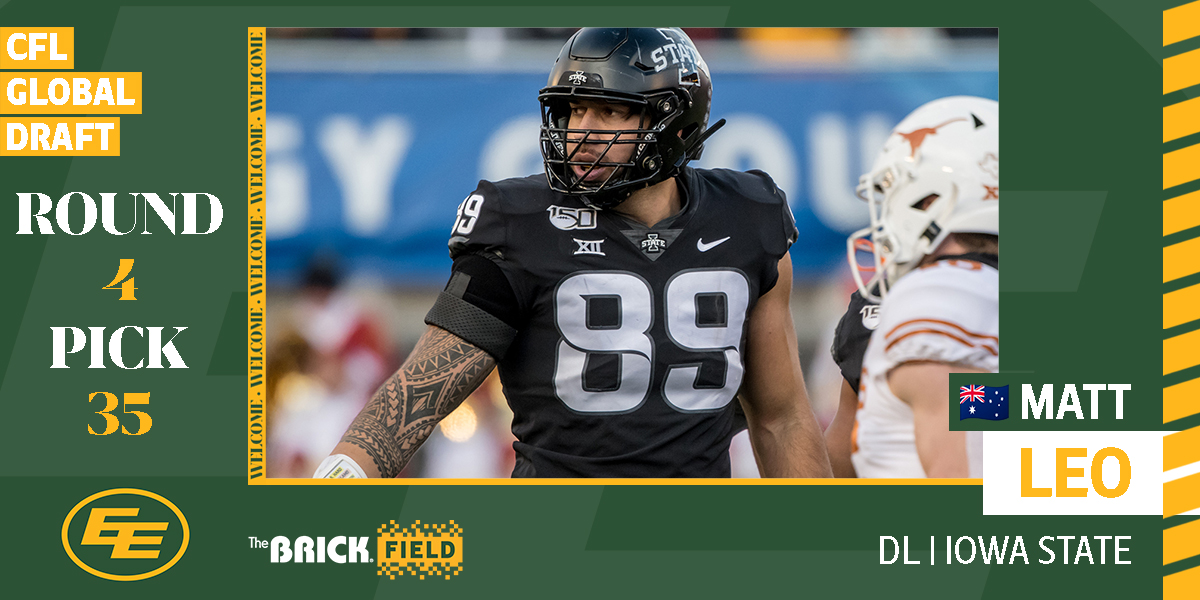 Leo grew up in Australia playing Rugby before attending Iowa State University. In his two seasons with the Cyclones, Leo recorded 33 total tackles with 11.5 of them being for a loss, alongside three sacks. The 6-7 lineman was a member of the Philadelphia Eagles in 2020 as a part of the NFL’s International Player Pathway Program.