The Edmonton Eskimos made the following nine selections on the 2020 CFL draft:

Round 1 (4th overall): OL | Tomas Jack-Kurdyla
Jack-Kurdyla started as a true freshman at Buffalo and in four seasons (2016-19), he appeared in 47 games (40 starts) at guard. In 2019, the Bulls offensive line was earned an honourable mention for the Joe Moore Award, which is awarded to the top-15 offensive lines in the NCAA. 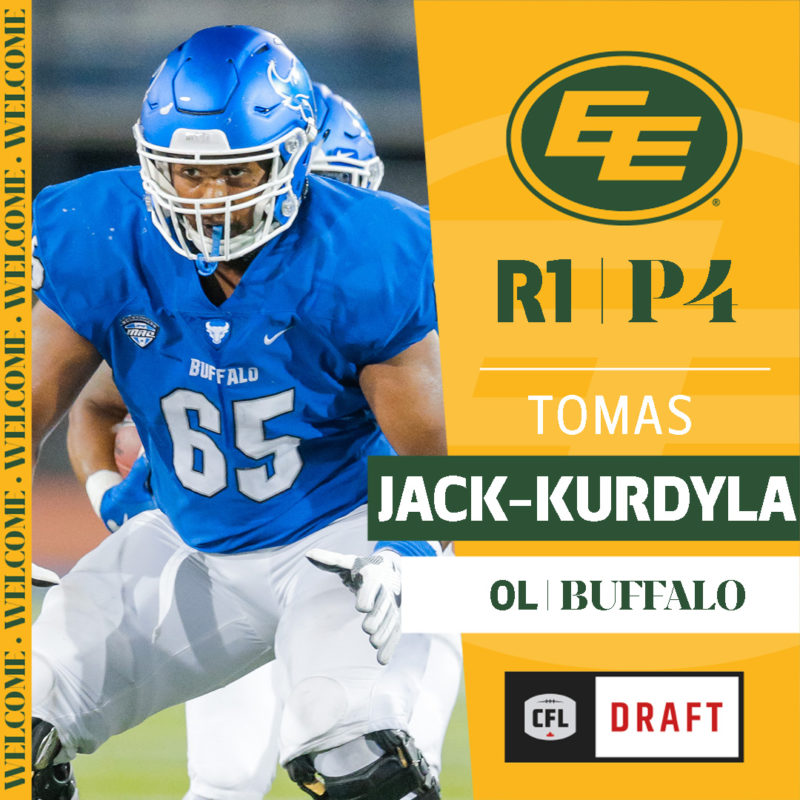 Round 2 (13th overall): DL | Alain Pae
Pae moved to Canada to attend the University of Ottawa in 2017 where he appeared in eight games recording 25.5 tackles and six quarterback sacks. He was named to the OUA Conference All-Rookie Team. In his home country, Czech Republic, Pae played for the Prague Lions and in two seasons he recorded 46 total tackles, five quarterback sacks, and eight quarterback pressures. 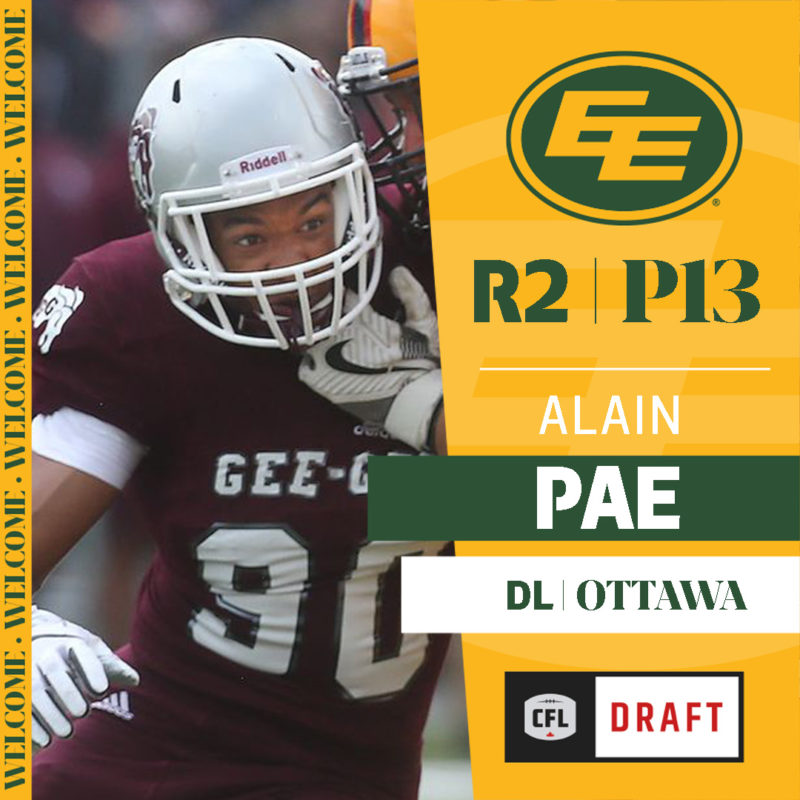 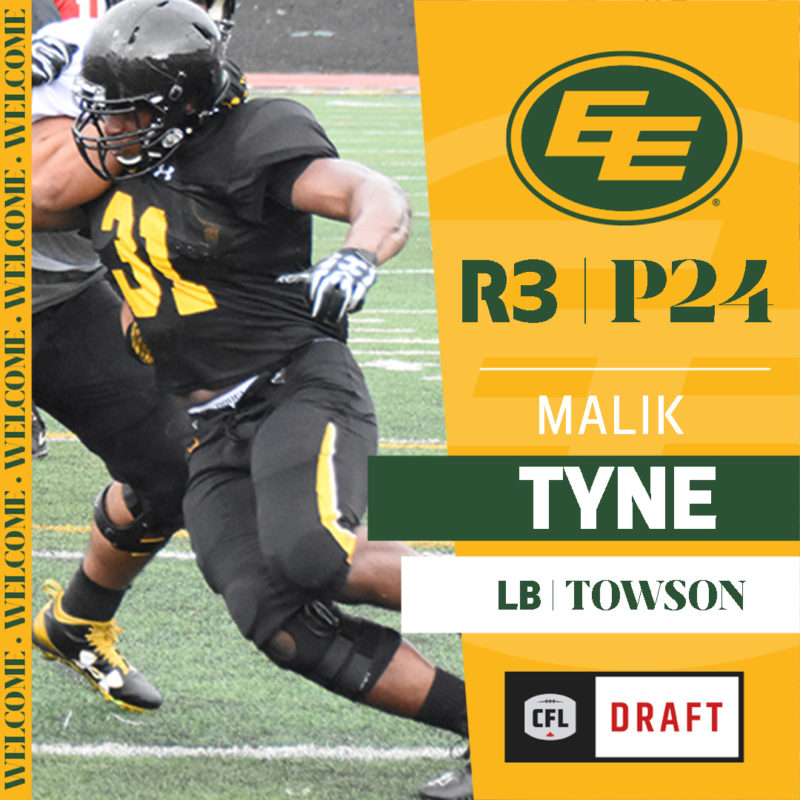 Round 4 (31st overall): DB | Oludotun Aketepe
Aketepe attended Guelph from 2016 to 2019 appearing in 26 games recording 87.5 total tackles, two quarterback sacks, and eight interceptions, including one for a touchdown. He was named a Second-Team OUA All-Star in 2019. 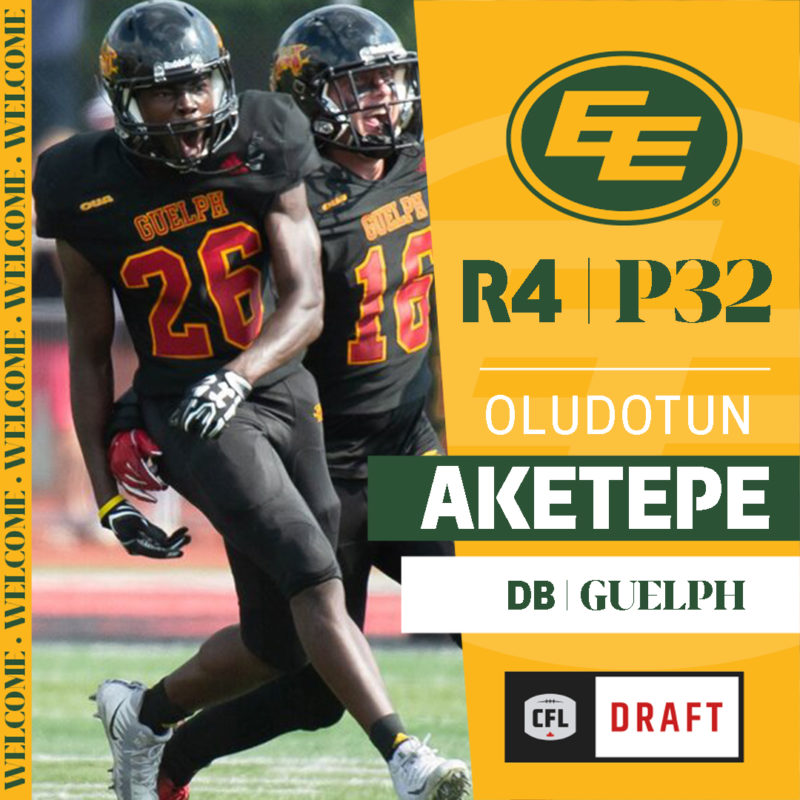 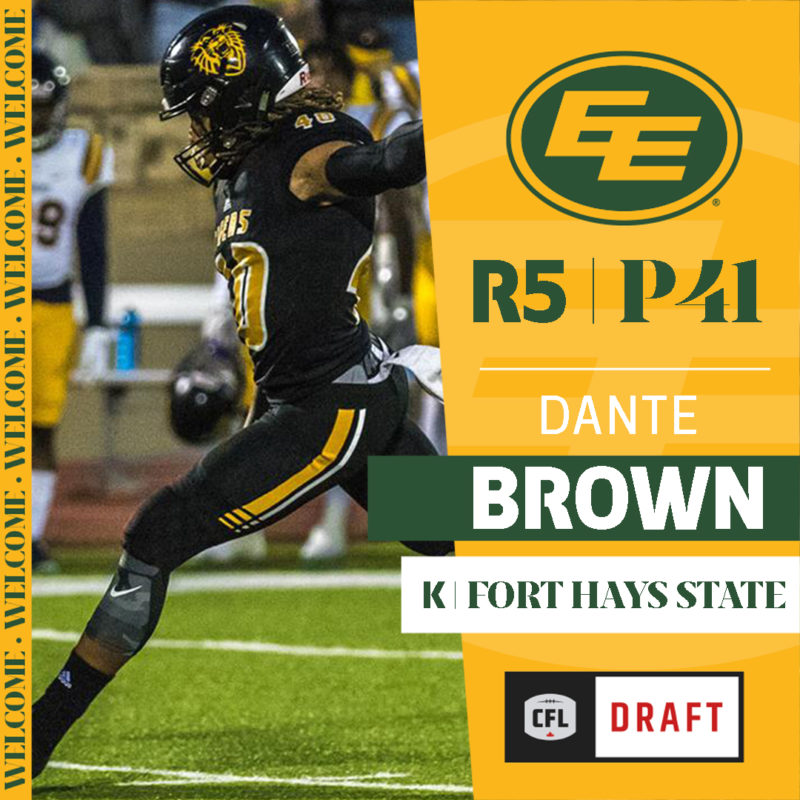 Round 6 (50th overall): OL | Chris Gangarossa
Gangarossa attended Wagner from 2016 to 2018 appearing in 29 games for the Seahawks, including 10 starts at left tackle during the 2019 season. 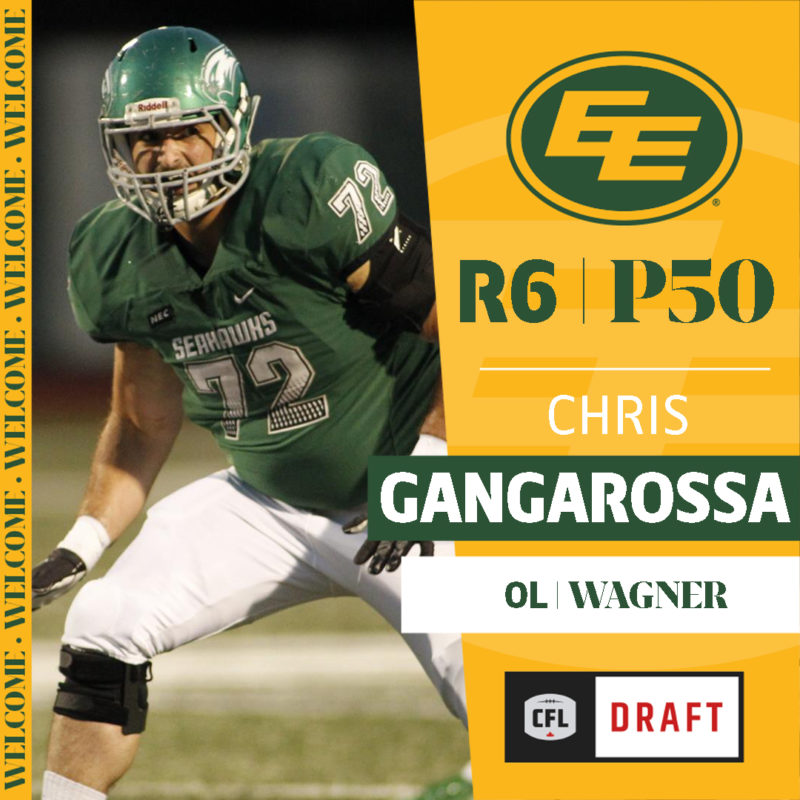 Round 7 (57th overall): OL | Nicholas Summach
Summach attended Saskatchewan from 2016 to 2019 appearing in 31 games for the Huskies. He was named a Academic All-Canadian in 2018. 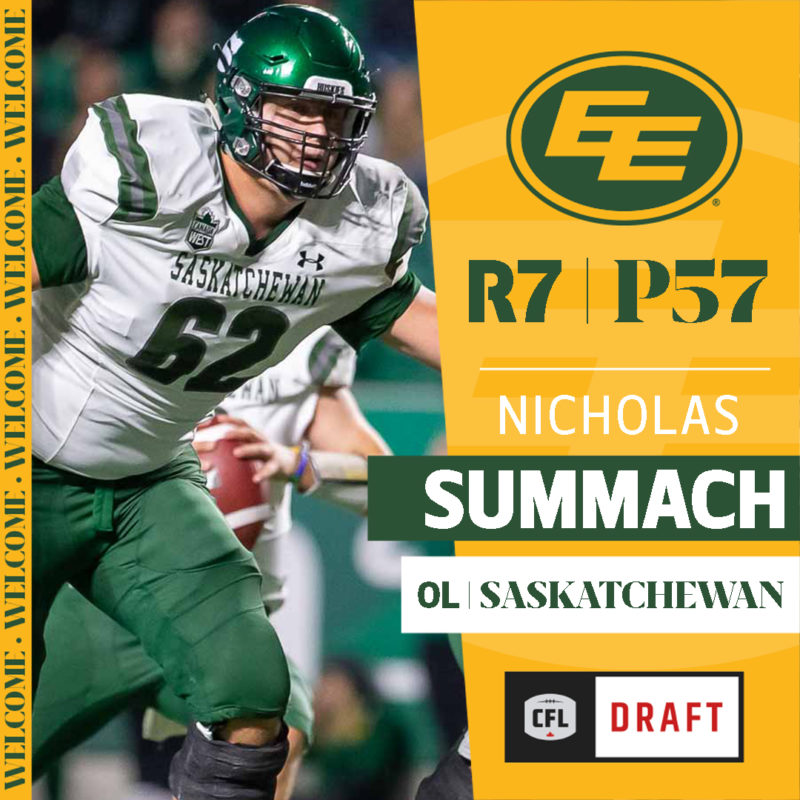 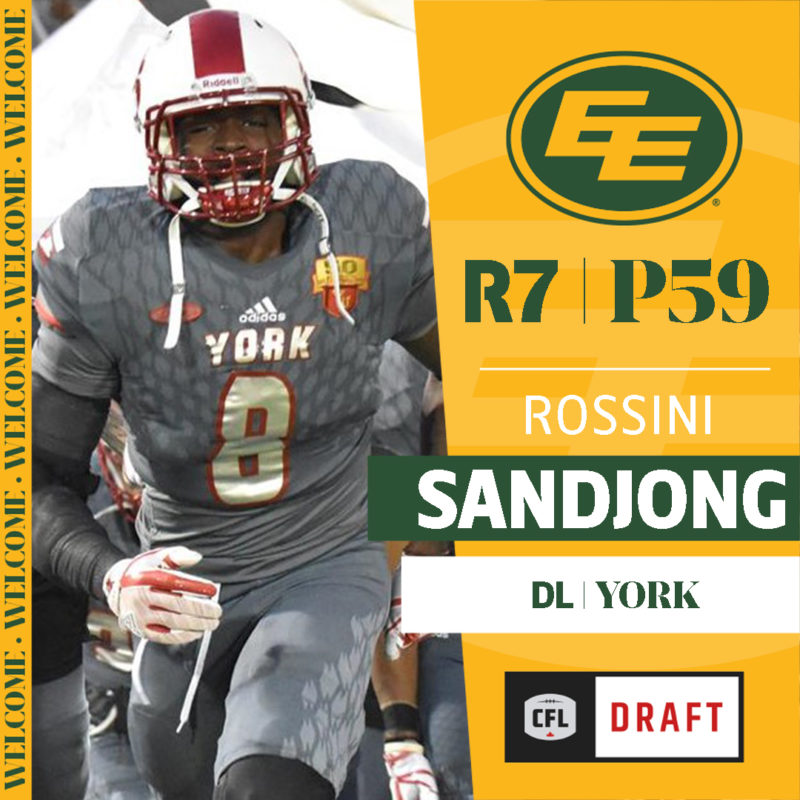 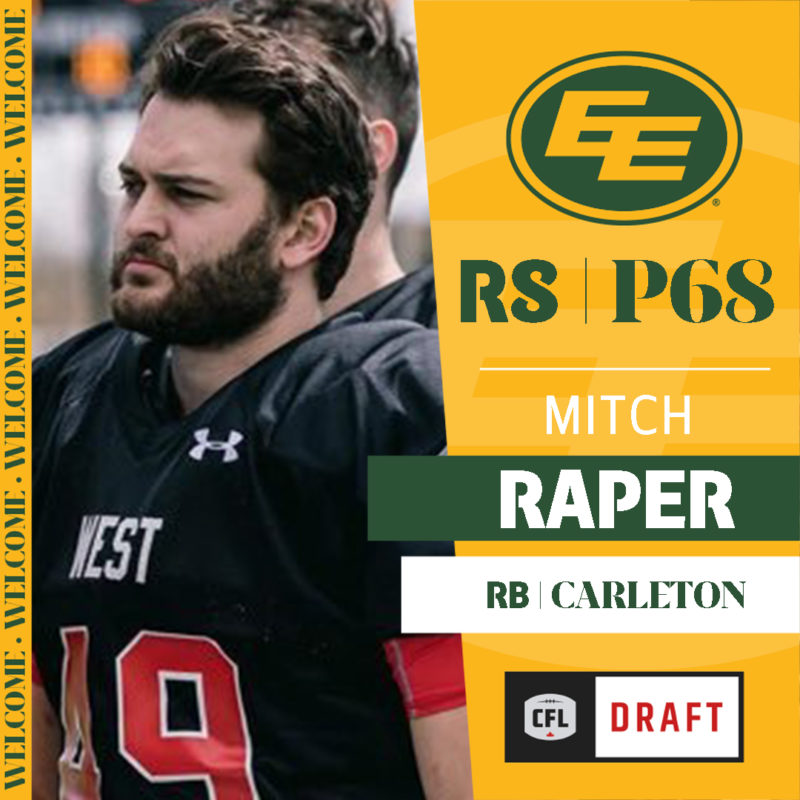