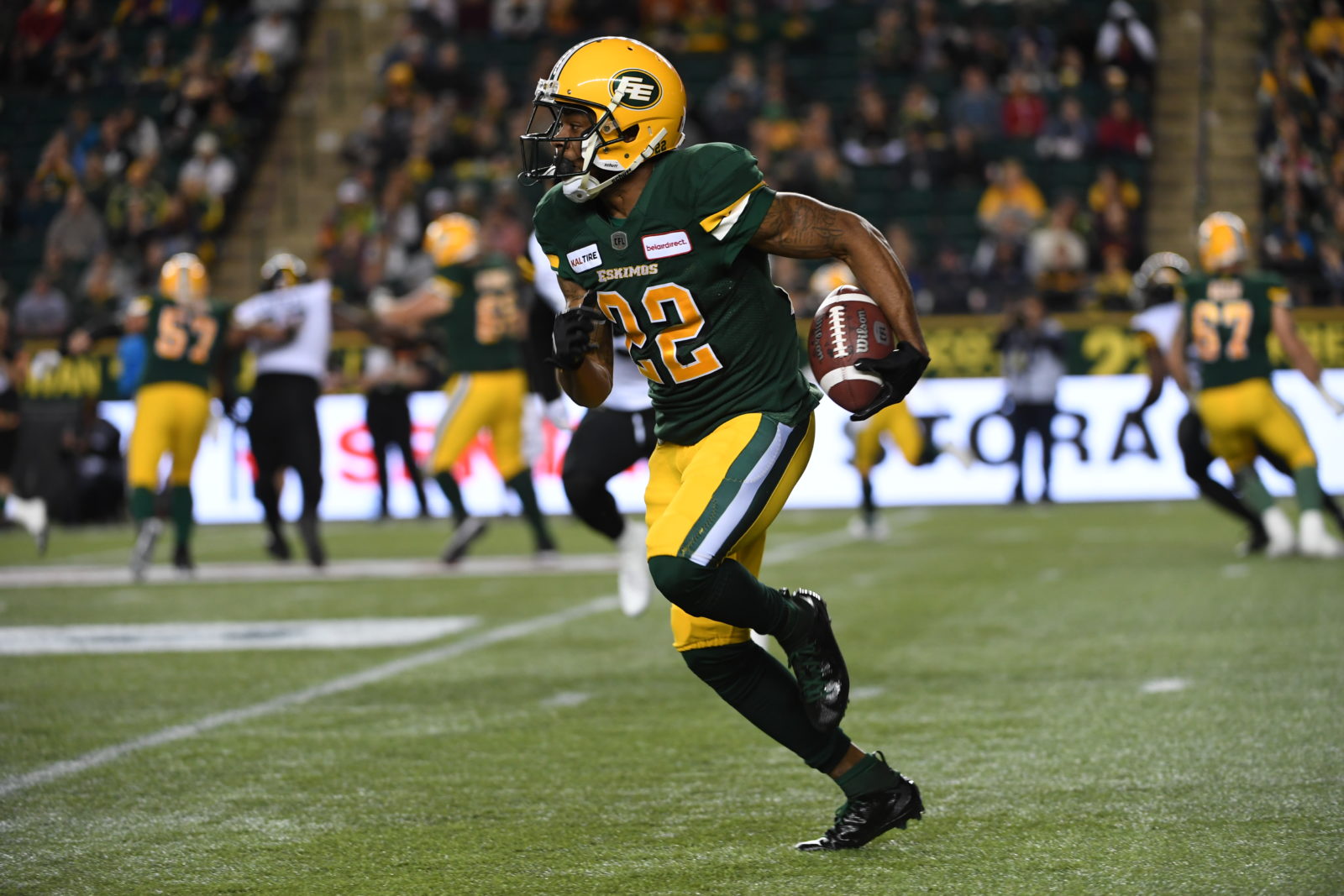 The warning lights are flashing and have been for a few weeks now.

Sooner or later, Christion Jones is going to score a touchdown.

Jones returned a missed field goal attempt 100 yards to the Hamilton Tiger-Cats’ 15-yard line during the third quarter of Friday’s CFL game at The Brick Field at Commonwealth Stadium.

He also had a 28-yard punt return to the Hamilton 51 with 41 seconds left in the first half.

“He’s definitely changed our fortune in the return game,” Eskimos Head Coach Jason Maas said about Jones, who was acquired in a trade with the Saskatchewan Roughriders in early August. “Guys believe good things are going to happen when he’s back there. He’s very aggressive and he got the most out of every return (Friday night).”

Maas pointed to the two kick returns as a “huge momentum boost that helped turn the tide” after the Eskimos fell behind 24-0 in the second quarter.

“I know we ended up with only a field goal out of the drive (after the missed field goal return), but it turned it into a two-score game right there,” Maas pointed out.

The Eskimos took advantage of the punt return to get on the scoreboard with a six-yard touchdown catch by DaVaris Daniels, his first in seven games and second on the season, on the final play of the first half, but settled for a Sean Whyte field goal after Jones’ amazing 100-yard runback.

The Eskimos also received a big play from Mathieu Betts, their 2019 first-round draft pick (third overall), when the rookie defensive lineman had a strip-sack on Hamilton QB Dane Evans in his CFL debut. Fellow D-lineman Mike Moore recovered the fumble at the Tiger-Cats’ 35-yard line and two Greg Ellingson catches later Edmonton had narrowed the deficit to 24-17.

The Esks tied the score 24-24 early in the fourth quarter with a 10-play, 62-yard drive powered by running back C.J. Gable’s 17 rushing yards and two catches for 36 yards to get down to the one-yard line, where quarterback Logan Kilgore plunged over the goal line for the touchdown.

“I’m trying to score every time I touch the ball,” Jones said. “We needed a spark. The guys blocked it up well on the punt return and on the missed field goal and we took advantage of it.”

Jones got around the corner on the punt return, but acknowledged that he didn’t have much running room left before he was pushed out of bounds by punter Lirim Hajrullahu.

“Hamilton does a great job with their angles when it comes to their pursuit,” Jones said. “They had pretty good angles on me with multiple guys. I thought it was smart to take what (yards) I had and get out of bounds.”

“I was definitely trying to score that (time),” he said. “I was just trying to weave my way through (the Hamilton players). That was a long return. Our guys did a great job fighting (to make blocks). We didn’t get the return for a touchdown, but we did score on that drive so that was a spark for us.”

For a few moments on Labour Day, it looked like Jones had ended the dry spell when he took a Rob Maver punt 92 yards to the house (the Calgary Stampeders’ end zone) in the second quarter of his fourth game with the Eskimos.

The 26-year-old speedster caught the ball on the right side of the field at the Edmonton 18, veered to his left, made one potential tackler miss, cut back up the middle, out-ran another Stampeders player and was home free after Maver fell at the Edmonton 40-yard line.

Unfortunately, holding penalties were called against two different Eskimos players on the play and the touchdown was nullified.

“You should never take a penalty on a double-team,” Maas said after the game. “Two guys should be able to block one guy.”

While the spectacular punt return doesn’t count in the record book, Jones wasn’t about to forget about it.

“It never gets washed away,” he said. “The most important thing is for us to learn from all the issues that we caused. We know that we can do it. It’s all about correcting the mistakes.”

Jones also had a 31-yard punt return wiped out by an illegal block penalty in the fourth quarter of that game. He had to sprint up the field to catch a 37-yard punt at the Edmonton 46, cut to his left, turned the corner and ran up the sidelines before he was knocked out of bounds at the Calgary 33-yard line.

“It was nice,” he said about that runback. “The ball just held up longer. That’s mostly how we got the (penalty) flag for no yards. He kicked it all the way to the moon.”

Unfortunately, Jones received credit for only one punt return for six yards in the game because of the penalties.

“Those (penalties) cost us 140 yards in punt returns and one touchdown,” Maas said. “We did a lot of really good things on special teams. We had a couple of big penalties that took away a touchdown and another big return, but otherwise, that was a pretty good performance.

“So there’s things you’re excited about with our return game, but then, obviously, we’ve got to correct the mistakes.”

Jones had only 15 yards on three punt returns (losing eight yards to another penalty), but averaged 22.2 yards on six kickoff returns in the Labour Day Rematch game in Edmonton.

He returned a punt and two missed field goals for touchdowns with the Roughriders last year.

“We come into the game every week ready to play,” Jones said. “Every person in here is capable of doing their job. We’ve just got to continue to put positives things in each play.”

Kendial Lawrence, who last played with the Eskimos in 2017, was the last Edmonton player to record both a punt-return TD (against the Toronto Argonauts) and a kickoff-return major (on Oct. 19, 2014, against Saskatchewan). 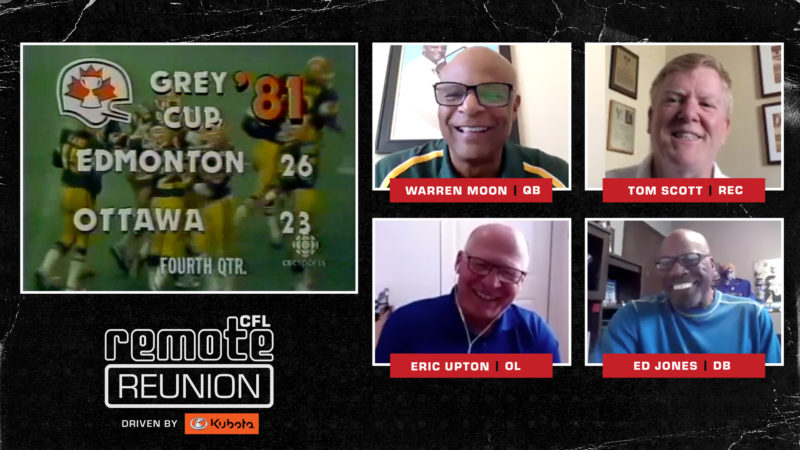 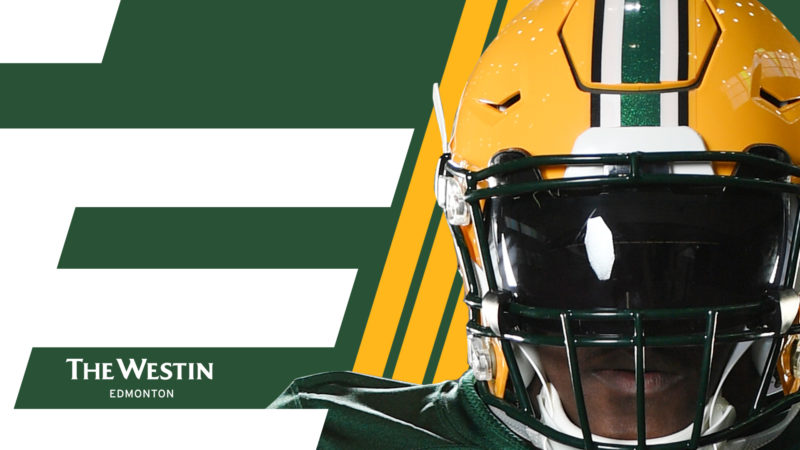