With this year’s Labour Day home-and-home series, ESKS.com is taking a five-part look at the history of the Battle of Alberta.

The decade began as it should – plenty of trash talking before, during and between games. It was the Eskimos who backed up their talk, sweeping both ends of the 2000 two-game set, 30-18 on Labour Day in Calgary, and 31-10 in Edmonton.

It was Edmonton’s first sweep of the series since 1990.

In Calgary the Eskimos defence intercepted quarterback Troy Kopp, replacing injured Dave Dickenson, forced him into one lost fumble and turned two of the turnovers into touchdowns. Grant Carter ran the fumble recovery 22 yards for a touchdown and Singor Mobley took one of the interceptions 44 yards to pay dirt.

Those defensive points, coupled with Edmonton QB Nealon Greene’s inability to move the offence, prompted Calgary linebacker Alondra Johnson to say: “We’ll have to kick their butts in Edmonton and show who the best team is. Edmonton’s not the team they think they are.”

To which Eskimo halfback Torey Hunter replied:  “Those linebackers sometimes take too many hits to the head. The best team did win.’”

They won again four nights later before 53,248 Commonwealth Stadium fans to take over first place. Greene took the opening possession and moved the Eskimos downfield, running twice for 37 yards and a touchdown at 1:58.

The defence held Calgary to three field goals and a single.

This is one of the more memorable years when the raging emotions of this bitter rivalry exploded.

The Eskimos were after their fifth straight Labour Day victory in Calgary but in a game that had a combined 416 yards in penalties (third highest in CFL history) Calgary snapped a six-game losing streak with a 28-22 win.

It will be remembered for a third-quarter brawl that began with Calgary tackle Garrett Smith shoving Edmonton QB Ricky Ray over the bench and into a full Gatorade jug and ended with Eskimo receiver and former General Manager Ed Hervey unintentionally hitting an official with his helmet. Hervey swung it at Calgary cornerback Davis Sanchez, who had apparently hit Hervey low earlier in the game. The helmet ricocheted off Sanchez to also hit linesman Brent Buchko who needed medical attention but did finish the game.

But buoyed by a CFL regular-season record crowd of 62,444 in Edmonton, the Eskimos shut out the Stampeders 38-0 to capture the rematch.  Quarterback Ricky Ray engineered a 10-play, 65-yard scoring drive on the opening possession, capped by a 13-yard scoring pass to fullback Troy Mills.

Mike Pringle, Scott Robinson and Jason Tucker scored second-quarter touchdowns for Edmonton to put the game out of reach.

It was another sweep by impressive margins for the Eskimos but the two-game set also was vital for getting running back Mike Pringle in position to become the CFL’s all-time rushing leader.

The Labour Day game was mostly a defensive showing as Edmonton held Calgary to 189 yards in total offence and most of that came in the fourth quarter. Meanwhile the Eskimos, under the direction of QB Jason Maas, romped to a 19-0 first-half lead en route to a 25-7 win.

Maas ended their first offensive possession with a 13-yard touchdown pass to Derrell Mitchell. Moments later it was 9-0 when Calgary conceded a safety when the snap for their first punt sailed over the head of Charlie Hebert.

The rematch was Pringle night as he carried 26 times for 114 yards to move to within two yards of George Reed’s record of 16,116 yards. With Edmonton romping to a 44-12 victory, the only suspense was whether Pringle would get the record.

With Reed on the sidelines, Pringle needed just three yards with 2:44 remaining and Edmonton with the ball. But a determined Calgary defence stopped him on three consecutive plays for losses. Pringle broke the record the next week in Vancouver. 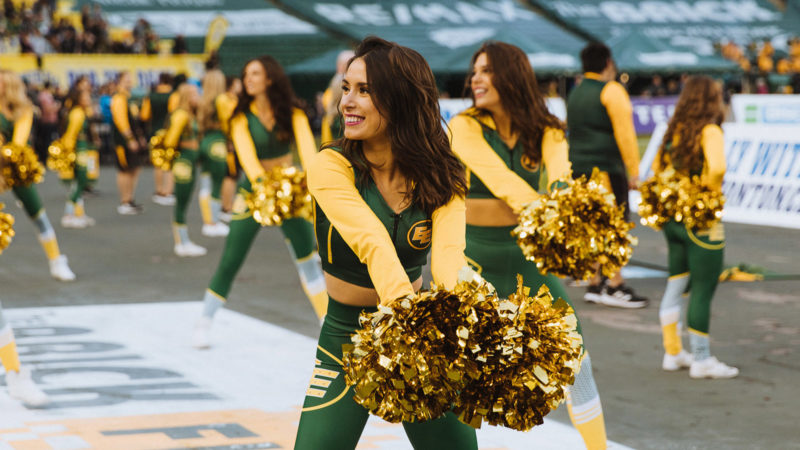