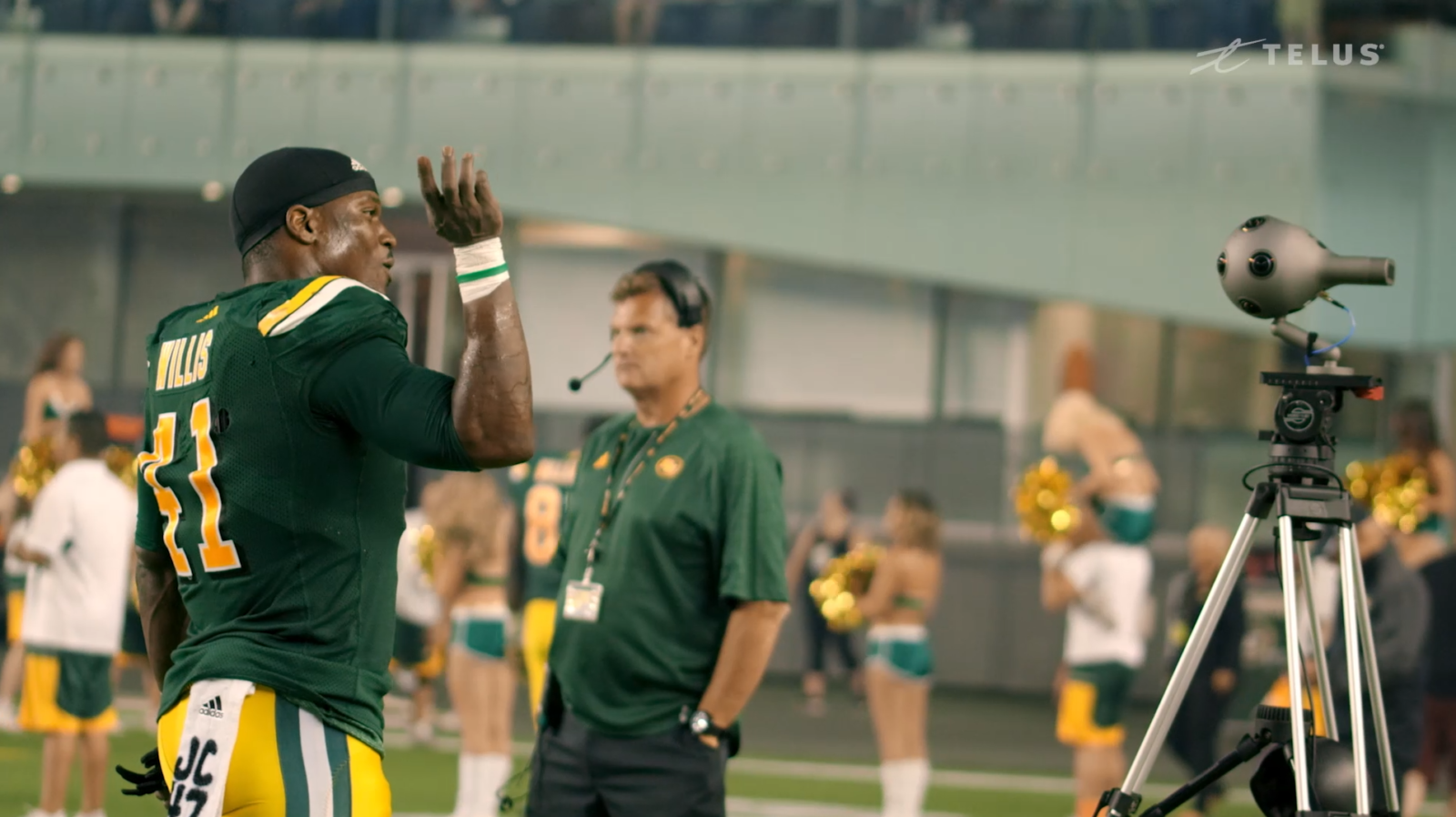 For much of her life, Patricia Willis never missed any of her son Odell’s football games.

She would be at the park every Saturday morning from the time Odell played pee wee football right up to high school.

Patricia, 61, was diagnosed with multiple sclerosis in 1997. Her mobility has become limited in recent years, making it difficult for her to travel to Canada and watch Odell play in the CFL.

TELUS decided to change this. Using 360 technology, TELUS brought a live 360 game-day experience to Patricia in New Brockton, Alabama, so she could experience the game at The Brick Field in Commonwealth Stadium.

Patricia and her family gathered in her sister’s living room on July 14th and watched the Eskimos defeat the Ottawa REDBLACKS through a VR (virtual reality) headset. Even though Patricia was more than 4,000 km away, the technology made her feel like she was standing on the field with her son.

“They got the whole thing up on YouTube so I got a chance to watch it (after),” said Odell. “I’m very appreciative and humble for it.

TELUS will be creating a series of vignettes as part of their sponsorship of six teams in the league.

“At TELUS, we believe sport is for all. By leveraging the power of technology, we are able to ensure that even those who can’t physically be at the stadium on game day experience the thrill of being there,” said Kelly Fawcett, Director of Partnership Marketing at TELUS. “We’re hoping these stories will inspire Canadians to share their love of sport by using #AllConnected on social media. For every use of #AllConnected, TELUS will give $1 to KidSport, an organization that provides children in need with uplifting sport connections.”

“The common theme is going to be how sports connect people and how TELUS technology is used to connect people who maybe can’t attend the game,” said Sean McLaughlin of the Eskimos’ Corporate Partnerships department. “It allows someone to have the headset on and feel like they’re standing wherever the camera is. It’s basically like transporting people somewhere that they aren’t.”

McLaughlin said the 360-degree camera, which looks like a small spacecraft, was placed at the 20-yard line on the Eskimos’ sideline during the game.

“We moved it from end to end to make sure we got more Eskimos coverage, depending upon where they were on the field,” McLaughlin said.

A TELUS camera crew also captured pre-game interviews with Odell in Edmonton and his aunt in Alabama, then created a short video posted on the Eskimos website

“TELUS would basically feed footage to the VR headset and then Odell’s family would pass it around the room. A good portion of it was live,” said McLaughlin. “It was really cool because you see Patricia sitting, watching the action through the goggles, and then as soon as she sees Odell, she just lights up.”

“My mamma, she’s my biggest fan,” Odell said in his interview on the video. “It was just me and her. I lost my dad on the 4th of July when I was four.”