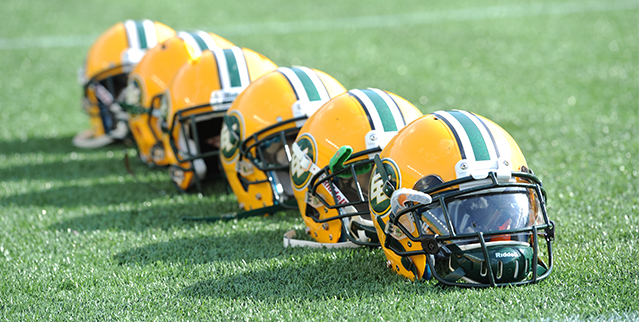 The native of Palm Desert, California entered the league in 2012 with the BC Lions where he played with Eskimos QB Mike Reilly.

In two seasons with the Lions, he recorded 1,416 passing yards with 10 touchdowns in 17 games. He also rushed for 126 yards on 39 carries with three touchdowns.

DeMarco spent the last two seasons with the Ottawa RedBlacks after his selection in the first round of the 2013 CFL Expansion Draft. As the backup to Henry Burris, he recorded 143 passing yards in 13 games with one TD and 34 rushing yards on five carries.

Prior to the CFL, DeMarco played three seasons at Old Dominion University. He recorded 5,732 yards on 471 completions with 51 touchdowns in 35 games (27 starts). He also rushed for 1,456 yards on 346 carries with 30 touchdowns. As a junior, he ranked seventh nationally in total offence with 289 yards per game. DeMarco completed his collegiate career with school single game records for most passing yards (407), most rushing yards (245) and most touchdowns (four).